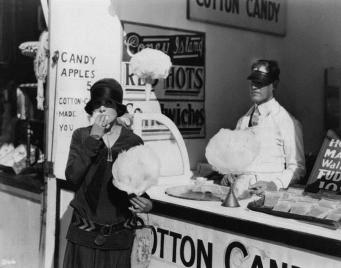 Would you believe that a dentist invented that favorite sugary food of the local fair: cotton candy? It’s true! A dentist named William Morrison created it in 1897 with help from candy maker John C. Warton.

Originally called “Fairy Floss,” Dr. Morrison and Mr. Warton debuted their concoction at the 1904 St. Louis World’s Fair, where it cost 25 cents. Today, that doesn’t sound like much for one of our favorite sugary treats, but in 1904, that was half the price of a ticket to enter the fair. Even though it was expensive, many people were intrigued by the spun sugar confection and more than 68,000 boxes were sold!

While Morrison and Warton called their product “Fairy Floss,” I’m not sure the name was ever patented. In 1921 another dentist, Joseph Lascaux, improved on the earlier machine and patented the name “Cotton Candy,”  by which the confection is known today in America. 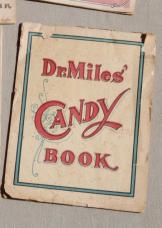 While most dentists these days will tell you to stay away from sugar, cotton candy has less than other treats, simply because it’s mostly air. So, if you have the choice between cotton candy, funnel cakes, or deep fried Oreos at the next fair you attend, go for the cotton candy. Just be sure to brush your teeth when you get home, preferably with a toothbrush purchased from Benco Dental.

Guest blogger Jenn Ochman, Database Publishing Production Specialist in the Branding and Communication Department at Benco Dental, dedicates her time outside work to historical reenactment. She shares knowledge of dental history with TheDailyFloss.com readers on a monthly basis.

Keep up with our daily posts